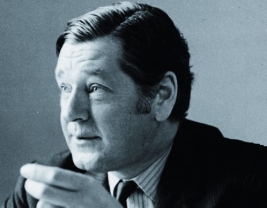 Like his famous book, Tony Crosland had once appeared to be The Future of Socialism. As it was, his life was cut short when he became the only foreign secretary to die in office, thanks to a massive cerebral haemorrhage at the age of 58. 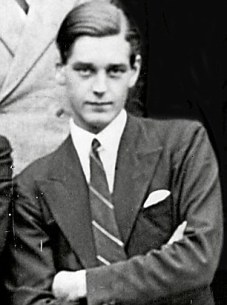 The son of a civil servant father and university lecturer mother, Crosland was educated at Highgate School. He went on to read classics at Trinity College, Oxford, where he had a passionate fling with a fellow undergraduate, Roy Jenkins. Then, war interrupted his university career. Having transferred to the Parachute Regiment, he saw action in North Africa, Italy and France: in 1944, he famously parachuted onto the roof of the casino at Cannes. Returning to Oxford, he changed to PPE, gaining a first (primarily in Economics), going on to be a fellow. He also gravitated towards politics. His earlier Marxism was abandoned in the war, and he entered the Commons in 1950, where he became close to Hugh Gaitskell, acting as a de facto economic adviser to the Labour leader.

He failed to win a new seat in 1955, though he would secure the safe seat of Grimsby in 1959. In the meantime, he published The Future of Socialism in 1956. It would prove to be something of a manifesto for Labour moderates. Keynesianism, and economic growth, would enable the government to promote greater socio-economic equality.

If Crosland was a Gaitskellite, he was never slavishly so, disagreeing sharply with Gaitskell’s opposition to Britain joining the EEC, for example. He supported James Callaghan in the 1963 leadership election, and when Labour returned to power he was, initially, a junior minister in the newly created Department for Economic Affairs. However, three months later he was promoted to Education, and joined the cabinet, when Michael Stewart went to the Foreign Office. Crosland’s penchant for combative politics was famously illustrated by his ambition to ‘destroy every fucking grammar school in England’. In practice, however, his policy was to ‘request’ rather than ‘require’ Local Education Authorities to go fully comprehensive. As such, his policy was broadly similar to that of Macmillan’s education secretary, Edward Boyle, and Heath’s, Margaret Thatcher.

In 1967, he was moved to the Board of Trade, and was disappointed (and jealous) when Roy Jenkins became chancellor rather than him. By 1969, he was made secretary of state for local government and regional planning (a precursor to the Department of the Environment he was occupy in 1974). In opposition, he shadowed his conservative successor. His ambition was evident in his decision to abstain in the crucial 1971 vote to enter the EEC. That ambition would prove unfulfilled: he was eliminated in the first round of the deputy leadership election of 1972, and only polled 17 votes in the leadership election of 1976 (even his discipline Roy Hattersley didn’t vote for him).

When Labour returned to power in 1974, Crosland went to the Department of the Environment, a senior minister for sure, but frustrated at his failure to secure one of the great offices of state in general and the Treasury in particular. Dominic sand brook records one official at the time calling him a ‘failed boy wonder’. As a minister in charge of one of the great spending departments, but also out of principle, resisted chancellor Denis Healey’s call for cuts in 1975, as he would again in 1976 as foreign secretary.  In both cases Healey, with the support of number ten, prevailed. In truth, Crosland’s arguments simply didn’t stand it to harsh realities.

After his elimination from the leadership election in 1976, Crosland had switched his support to Callaghan and was then duly rewarded with the Foreign Office. Sadly, not for long. Ten months later, he was dead. Whether Crosland would have ever won the Treasury, or the leadership, we will never know (it is at least conceivable that he would have been a less divisive candidate for the leadership than Denis Healey, and have had a better chance of defeating Foot in 1981). The sense of promise unfulfilled remains: the future of socialism proved to lie elsewhere.