Coronation year was seriously talked of as the dawn of the new Elizabethan Age, more of which anon. One of its highlights was The Derby, ran as ever at Epsom. To understand what it meant, we need to understand something about horse racing, the British love of a flutter and Sir Gordon Richards.

To begin with horse racing. The are two kinds of racing, the National Hunt (over the jumps) and the Flat. The big money game is the Flat, traditionally known as the sport of kings. In the case of the1953 Derby Sir Gordon Richards won sweeping past horses owned by no less than the Aga Kahn and the queen herself. Racing under the rules of the Jockey Club started as an aristocratic pastime. The home of Flat Racing, Newmarket, was beloved of Charles II. The Derby itself was first run in 1780.

In 1838 its timing was set to fit in with the railway timetables; the Derby had become as mass attendance event. It grew so much that by the 20th century it had become the biggest sporting event in the country, attracting crowds to Epsom Downs of half a million or more.

As such, it was emblematic of racing, perhaps even English society: the sport of kings, and people (and beyond England, one storyline in Joyce’s Ulysses is the Ascot Gold Cup). The glue was gambling. The British loved a bet. By the 1950s some 10 million people were doing the football pools, the equivalent in a way of the national lottery; ordinary people could win what were, by the standards of the time, fortunes. 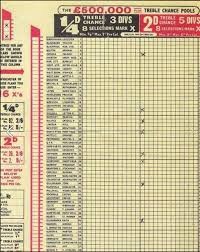 Every week, some 4 million bet on the horses. Yet, betting on the horses when not at the races was illegal; people did it, bookies’ runners took the bets, Brits en masses broke the law. For something like The Derby as many as 8 million placed bets.

One other legal outlet was greyhound racing, which started in 1925; by 1946 there were 77 dog tracks. Mick the Miller was a national star, winning the Greyhound Derby in 1929 and 1930.

Back to Gordon Richards. Owners were the very rich, those who trained horses middle class; jockeys were not. Sir Gordon Richards remains the only jockey to win a knighthood. Becoming Britain’s leading jockey in 1932, he held the record for 256 winners in a season, and had won every major race; except one, The Derby. When he won it on 1956, winning the Coronation Derby, he was a national hero. A nation rejoiced.

At the very end of our period the greatest steeplechaser of them all won his first Cheltenham Gold Cup. He was Irish, and a star, and possibly the best racehorse of all time.

All bets were on, and the British loved a bet.

1 thought on “The Coronation Derby: Horse Racing and British Society”