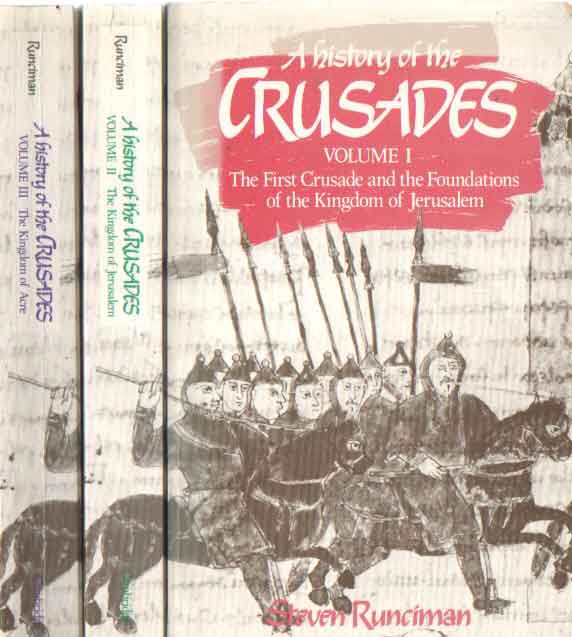 Charlie Smith sent me the link to this excellent guide to the historiography of the Crusades.

There is also an interesting History Today article on Sir Steven Runciman. Read it here.

This got me thinking about Runciman, and the Runcimans. Steven Runciman was born in Doxford, Northumberland, in 1903. He was a brilliant, if frail boy whose parents kept him home from Eton most of the time. In truth, already able to read Latin and Greek aged six, he hardly needed teaching; instead, he spent his time reading history.

He went to Cambridge, where he taught until 1938. He was then able to live off a private income, left to him by his grandfather. His grandfather was the Tyneside shipping magnate, Walter Runciman, owner of the Moor Line of South Shields. Runciman was briefly Liberal MP for Hartlepool during the Great War. Of far greater importance was his son, Walter Runciman, who entered parliament in 1902, serving in the Liberal governments of Campbell-Bannerman and Asquith, adding as President of the Board of Trade. When Asquith fell in 1916, Runciman, every in a ‘Squiffite, went with him. Like most of Lloyd George’s opponents he lost his seat in the Coupon Election of 1918; like most of them, he never forgave Lloyd George.

He returned to parliament in 1924, before succeeding his own wife as MP for the safer seat of St Ives in 1931. Hilda Runciman was, in her own right, a remarkable woman. The daughter of the MP for South Shields, she went to Girton and was the first woman to take a first class degree in History from Cambridge. Before women could play a role in national politics she was a member of the Newcastle School Board and Northumberland County Council. After the war she was head of a Women’s Liberal National Federation, before winning St Ives in one of the run of winning by-elections the Liberals had as their support revived under Lloyd George before the 1929 general election.

Both Runcimans were as much part of the Liberal problem as solution, however. The epitome of the embittered ‘Squiffites, Walter Runciman became a focus of opposition to Lloyd George after he succeeded Asquith as Liberal leader. By 1931, the Liberals were dividing three ways. A nominally united majority supported Ramsay MacDonald in the National Government. In fact, when that government introduced protectionism in 1932, half the Liberals resigned; Runciman seriously contemplated doing so, but stayed. He was, thus, a Simonite Liberal, a National Liberal. As such he was, once more, President of the Board of Trade. 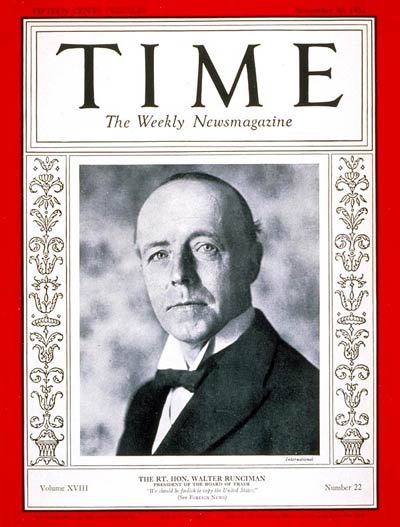 Runciman was also, by then as a member of the House of Lords and an elder statesman, sent to Czechoslovakia in 1938 to ‘investigate’ the Sudeten Crisis. He was hardly neutral, en route describing the Czechs as a ‘pig-headed’ people and their prime minister, Benes, as amongst the most pig-headed of them all.