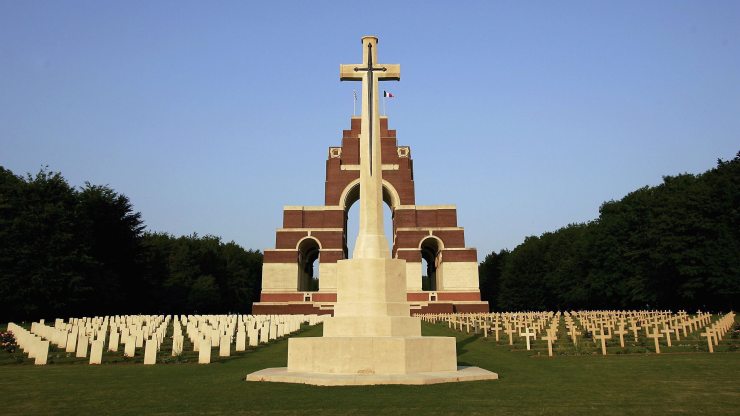 As I headed off to the Somme two weeks ago (and I genuinely don’t know how many times it has been now, I have lost count) I decided to pause, and think: why does that place mean so much to me?

Then, how can I not help but reflect upon it in the context of what has been, and is, I cannot help but feel, what might turn out to be one of the defining points in our modern history?

As such, this is the first in a series of personal reflections upon the Somme, and its meaning.

Thiepval is monument to the fallen. As such, one is inexorably drawn to that simple fact. it also a monument to the scale of that battle. For Newcastle, and the RGS, it has other meanings too. On the first day, on this patch of ground, the 16th Northumberland Fusiliers entered battle. The 16th were a pals’ battalion, in this case drawn from the city’s shop and office workers, many of the Old Novos. The head of the RGS at the time played a prominent role in raising the battalion. 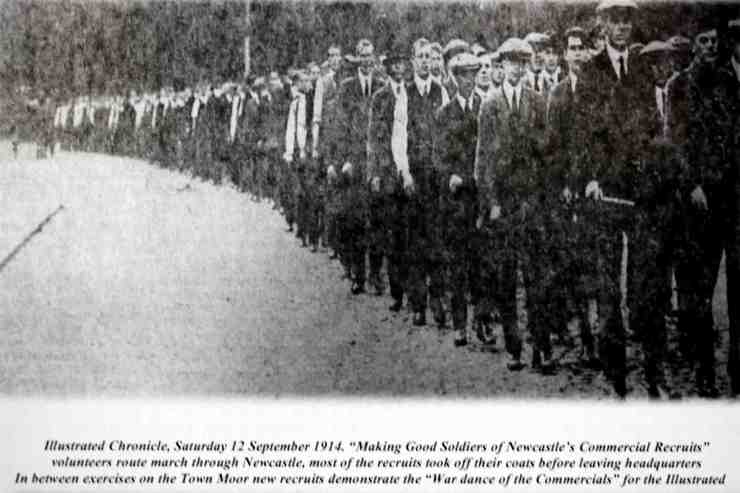 The men who stood in those so well known trenches of the first day did not leave the Edwardian garden party our folk memory of Rupert Brooke might have us imagine. Instead, they came from a Britain that had been, in 1914, in the midst of a constitutional crisis that was on the verge of becoming the most serious of modern times. If the Home Rule crisis was the existential threat to the British constitution, the nation was also beset by bitter industrial unrest, class conflict and the question of suffrage.

Nor was the rush to arms that created Kitchener’s new army as simple as that poster would have us believe. Anyone even vaguely acquainted with the recent historiography knows that the call to arms of 1914 owed as much to localism as nationalism, to the psychology of crowds as much as the clarion call of king and country.

Sometimes, though, we also need to look at things at face value. It is no longer our language, but the politics and purposes of the new army as spoken of at the time are important if we are to begin to try and understand the men in those famous photographs, the long queues of eager looking recruits. Let’s start by dismissing a canard. The men of the Somme were neither misled, nor were they duped. Nor did they join because they were under the illusion that it might be over by Christmas. Why would they have joined if that had been the case? They would never have got the chance to fight had that been so. Nor were they pawns in the ruling class’s game. Some may well have been gullible; some people are. But among these men were highly educated officers of that very ruling class. If the likes of Brooke, Sassoon, Attlee, Macmillan or Eden were pawns, they were bloody big ones.

Then there were the thousands of those of the middling sort: the grammar school boys, the office workers and their ilk. The likes of the Old Novos of the 16th. Were men who were, or went on to be engineers, solicitors, doctors or clergymen somehow unable to make judgements on their own behalf? Were they, once more, pawns in the establishment game? Simply, no. To say so is to entirely misunderstand the Britain, Ireland and empire of 1914. 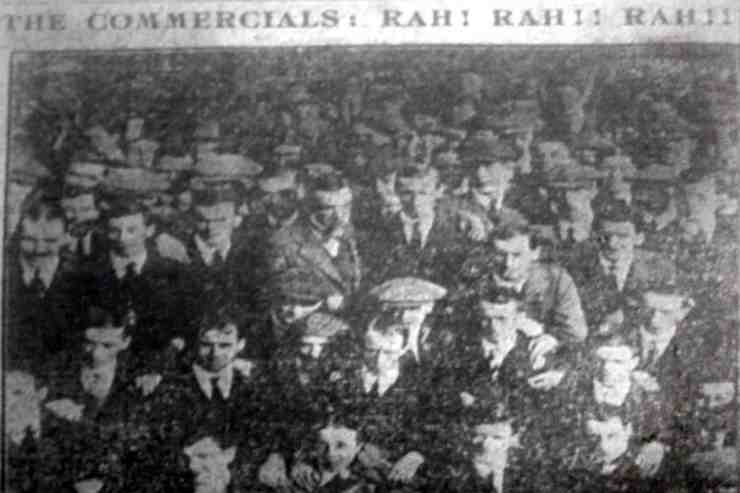 What then of the common man, the ranks? The uneducated, naive and easily fooled masses. The men some of those Old Novos of the 16th ended up commanding in the likes of the Tyneside Irish. Any student of the history of Britain and its working classes would know that the idea that the common man of 1914 was simply gullible canon fodder is simply patronising, and to badly misread history.

In fact, there is much to be said for the idea of an intellectual flowering of that working class years before 1914. If we simply confined ourselves to the men and women of the Labour movement, that would be enough to give the lie to the old Leninist line of the sheep to the capitalist slaughter. Sure, part of that movement would embrace pacifism: the socialism of the likes of MacDonald and Snowden being prime examples. Much has been made of conscientious objectors (perhaps too much, and not enough of the vastly greater numbers of what we might call conscientious enlisters). In truth, though, the majority of the Labour movement were not pacifists: they joined up in their thousands, supported the war in their millions. In what possible sense could the likes of Arthur Henderson, of the thousands of Labour activists like him, be described as pawns?

Classically, the intellectual origins of the Labour movement owed far more to Methodism than Marx. The likes of Snowden, Henderson and Bevin were steeped in nonconformism. In fact, the claim the chapel had upon working class Britain went well beyond that. In many ways the nonconformist churches amounted to the university of the working class. Men with little formal education acquired a formidable one thanks to the intellectual rigour that was an indelible feature of late Victorian nonconformism. Whatever they were, they were no sheep.

Many of them were Liberal in their politics, and some passionately so. The class politics of the Edwardian age were as much Liberal as they were socialist; the British working class of 1914 were still more Lib-Lab than Labour. The Liberal landslide of 1906 owed much to a passionate opposition to tariffs. Other touchstone issues that helped sweep the Liberals to power in that years included a raft of classically Liberal and radical working class causes. The likes of Nonconformist opposition to Balfour’s Education Act (and a traditional anti-Catholic opposition to ‘Rome on the rates’, it must be admitted), or Liberal objections to the manifold evils of imperialism (in the form of ‘methods of barbarism’ or ‘Chinese Slavery’) also help explain the Liberal landslide. 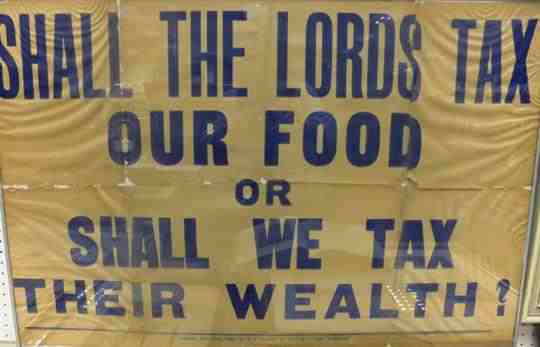 In the two elections of 1910 that landslide majority was eroded. However, in a raft of around a hundred working class seats, the Liberal vote went up in elections fought on the issues of the People’s Budget and the classically Liberal motif of constitutional reform. Looking ahead, the 1923 election that saw the coming of the first Labour government was fought on the classically Liberal issue of free trade.

In 1895, and especially in 1900, the Tories had won, and won big, again with an electorate that was overwhelmingly working class. The phenomena of the working class Tory has long troubled, and befuddled, the left. The comforting explanation is that they were all somehow duped. So, Salisbury won in 1900 in khaki election on a tide of jingoistic optimism in the wake of Mafeking or the Spion Kop. Or, Salisbury won in 1900 thanks by playing to a traditional English bigotry and the fear of Jewish immigration and Irish ‘hottentots’.

There is an element of truth in both. It is, however, merely an element. In the two elections that the Conservatives lost in 1910, the result in Great Britain was a score draw between the Liberals and Tories, with the balance tipped by a Labour Party still in its childhood. Had the Kaiser not put the kibosh on it, the Tories were perhaps favourites to win in a 1914 or 1915 general election.

Working class Toryism was, and is, in the marrow of British political culture. Without it, of course, the Conservatives could never have been the dominant force they have been in modern British politics. The reasons for this are, naturally, complex and manifold. For now, I want to focus on two. The first is very specific to late Victorian and Edwardian politics: Unionism. Indeed, the Tory party of 1910 styled itself the Unionist party. It must be admitted at the outset that the Home Rule issue could be exploited cynically. Roy Foster’s brilliant biography of Randolph Churchill shows him playing the Orange Card as part of the political game and not thanks to any love of ‘foul Ulster Tories’. 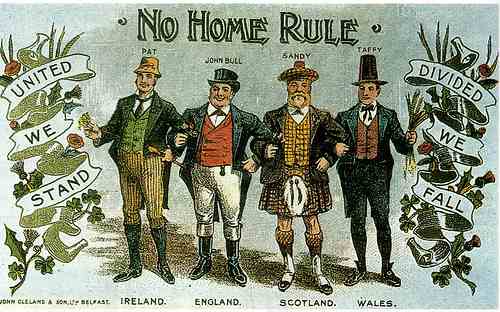 For many, though, that Unionism was a genuine gut issue. Part of it was British and Protestant jingoism, for sure. There was much anti-Catholicism to it too. Those emotions were, however, real and visceral. Behind Unionism there was another emotion: patriotism.

It is oh so tempting a part of middle class and left leaning life to sneer at patriotism. For the most part, the left of British politics has been robustly patriotic. However, the more self-consciously internationalist elements on the left, and the Marxist element, have always seen patriotism through Karl Marx’s eyes: like religion, an opium of the people, and an example of false consciousness.

If we ever doubt the emotional and moral heft of patriotism, we are fools. Political cultures are as much about identity as issues. That is not to say the patriotism is necessarily Tory, or conservative (any understanding of the History of the Labour movement would give the lie to that). Nor is it to say that internationalism is incompatible with patriotism: when Bevin ruthlessly brought down Lansbury, he did so on grounds that were both patriotic and internationalist; Churchill, similarly, was both nationalist and internationalist in his outlook.

For current purposes, all I want to be able to demonstrate is that an emotional patriotism was a very much part of national life just when the archduke met his end.

I have already asserted that the men of 1914 joined for a complex array of reasons: personal, social, cultural and political. There were powerful cultural and emotional forces at work, especially perhaps the ideal of duty, and doing one’s bit. There were also what we might think of as highly rational political reasons, notably fear of a militantly aggressive Germany dominating Europe.

Nor should we, though, forget the obvious. The Britain of the 20th century has, overwhelmingly, had an emotional patriotism the focus of which has, for many, been the royal family. That patriotism has often been claimed as the preserve of the right, whether by flag wavers there or flag burners, as it were, on the left. The patriotism of 1914 could be Conservative, Liberal or Labour, or something else (for some, it was an Irish patriotism, for example).

Those men were not fooled, duped or railroaded into going to war by some kind of conspiracy. Of course, some would regret it. Some may even have loved it. Most, I suspect, saw themselves as doing their bit and, knowing the dangers, hoped they would see it through.

And if we ignore the moral, political and emotional power of patriotism, of king and country, or see it as some kind of establishment opiate drugging a supine proletariat, we do a disservice to those ordinary men of 1914 who would go on to do extraordinary things, and to history.