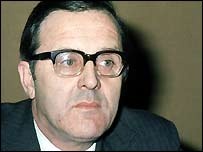 Merlyn Rees came from a Welsh mining family, though he spent most of his childhood in North London, after his father, who had been gassed in the war, was unable to find work in Wales. He was educated at grammar school, before training as a teacher at Goldsmiths’ College, London. In the war was a ground controller, and saw action in Italy. His close friend and comrade in arms was Group Captain WCG Duncan-Smith (Iain Duncan Smith’s father). Another comrade in arms was Frank Cooper, who would go on to be his permanent secretary when he was in Northern Ireland. Rees lost an old friend in the war, something he never forgot. After the war, he read Economics at the LSE. Then, he taught Economics at his old school, Harrow Weald, and Luton College of Technology. By then, he was active in the Labour Party: he contested Harrow East twice.

In 1963, he inherited Hugh Gaitskell’s old seat. Leeds East suited Rees, fitting with his Labour tribalism, and his working class roots: ‘they won’t have it’ was an oft-used Rees phrase. By then, Rees had grown close to James Callaghan. When Labour returned to power in 1964, and Callaghan became chancellor, Rees became his PPS. He then became a junior minster under Denis Healey at Defence, before serving under Callaghan again, this time at the Home Office. There, he was largely responsible for immigration policy. Not for the last time, Rees found himself embroiled in what he would see as a necessary policy, albeit one less than popular on his own side, in the form of the 1968 Immigration Act.

In 1972, he was elected to the shadow cabinet, as spokesman on Northern Ireland. By that time, Northern Ireland had fallen into the terrible abyss of the Troubles. Rees duly became Northern Ireland secretary in 1974. He is often seen as a failure, as a minister who did nothing positive. That is to misread what was a truly desperate situation.

Rees was almost killed twice: he survived a loyalist assassination attempt, and was meant to have been at the side of Christopher Ewart-Biggs, the British ambassador in Dublin, when Ewart-Biggs was killed by an IRA bomb (Rees had to remain in London to vote in the House). One of his sons was sent to Canada after IRA threats.

Rees also inherited a political crisis, what would prove to be the death-throes of Willie Whitelaw’s power-sharing executive. It was brought down by a strike of loyalist Protestant workers. Rees might have saved it by intervening sooner, but feared a loyalist backlash. He would later state his belief that Ulster loyalists were loyal to their Ulster Protestantism before all else. He sought conciliation, not confrontation. He even contemplated a British withdrawal, but the Dublin government were horrified by the prospect, and the idea was dropped. A Christmas ceasefire by the IRA ended, and 1975 saw IRA terrorism return. He also attempted some form of constitutional progress via a Northern Ireland convention. It failed, but in the Ulster of 1974-76, any such initiative would have, as IRA terrorism, retaliatory violence, and loyalist reaction, rendered in the inter-communal divide so wide and deep that no solution was conceivable.

In 1976, Rees was also faced with a European Commission of Human Rights special tribunal, which ruled that, in the early ‘seventies, British security forces had used ruled the interrogation methods used were torture. The so- called ‘five techniques’ included lack of sleep deprivation, denying adequate food, hooding, standing for hours at a wall with legs apart and arms high and the use of continuous noise. The government appealed the decision, and in 1978, the European Court of Human Rights ruled that the treatment was inhumane and degrading, but not torture. Privately, Rees told Callaghan that they had been used, but the Ulster unionist prime minister of Northern Ireland, Brian Faulkner, had sanctioned the torture. There were no prosecutions, but Rees had already made sure that the practice ended.

Rees also ended interment without trial, which had acted as recruiting sergeant for the IRA. At the same time, he also ended political status for IRA prisoners. More than anything, Rees (like his successor Roy Mason) had to try and stem the terrorist tide. Inevitably, that involved support for the embattled security services, even when they were sometimes less than impartial. It also involved a concerted attempt to counter terrorism and improve intelligence. In the long run, that would bear down on the IRA and contribute to their realisation that the so-called war was unwinnable. Thus, both Rees and Mason deserve a share of the credit for the IRA’s ultimate realisation the political violence in Northern Ireland would not work. 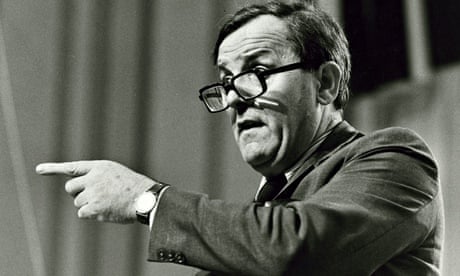 Release from Northern Ireland came when Harold Wilson resigned in 1976. Rees ran Callaghan’s leadership campaign. When Roy Jenkins left office, Rees replaced him at the Home Office. His relationship with the police started badly: when he refused a £6 per week pay rise, the Police Federation conference greeted him with stony silence. Many police officers disliked the setting up of the Royal Commission on Criminal Procedure, following on a series of scandals involving police malpractice and corruption. That would become manifest in the reforms introduced under Thatcher in the ‘eighties. An attempt to uncover and convict corrupt Metropolitan police officers, Operation Countryman, failed. The Met remained largely unreformed. The notion that Rees was somehow antipathetic to the police was wholly misleading. In 1978, Rees won the police a 40% pay rise, and index linked pay rises henceforth. He also introduced riot shields.

Rees also found M15 difficult, later admitting that he never knew what the security services were not telling him. He also stood up to the fireman’s strike in 1976, deploying the army’s Green Goddesses, and seeing the firemen back down.

Labour home secretaries often become targets for their own left wing: Rees was no exception. he was certainly not one of them: when MI5 told him about the extent of far left infiltration of the Labour Party, he effectively told them that he knew far about that matter than them. His public support for the Metropolitan police over the Grunwick dispute saw him branded as traitor. In the Agee-Hosenball case, he allowed the deportation of two investigative journalists who had exposed misconduct by US secret services.

As home secretary, Rees was one of Callaghan’s inner circle. When the government lost its majority, it was forced to manoeuvre to survive. Rees played a central role in those fraught years. He also supported Callaghan’s October 1978 decision to put off a possible general election.

Through his time in Northern Ireland and the Home Office, Rees had developed a close relationship with Willie Whitelaw. Both came from the centre of their parties, and had similar political instincts in both jobs. After Labour lost office in 1979, Whitelaw’s tenure in the Home Office saw Rees’s approach continue.

Rees also served on the Franks Committee into the build up to the Falklands War. That committee’s findings, broadly sympathetic to the government, earned the bitter opprobrium of the Labour left; his time in Northern Ireland and the Home Office, and his position on Labour’s centre-right, had hardly endeared them in the first place. It was with no little sense of relief that Rees left the front bench in 1983.

He continued to be an active backbencher, and then peer, often speaking from a rather more liberal perspective than he had shown in office. He attacked Leon Brittan’s lack of impartiality in the miner’s strike. He became chair of the Parliamentary War Crimes Group, which secured legislation that allowed for war criminals resident in the UK to be tried by British courts. He helped secure legislation to give parliament greater control of the security services. He campaigned for the case of the Guilford Four to be sent to the Court of Appeal. He supported the whistle-blower, Clive Ponting, a civil servant accused of breaking the Official Secrets Act. 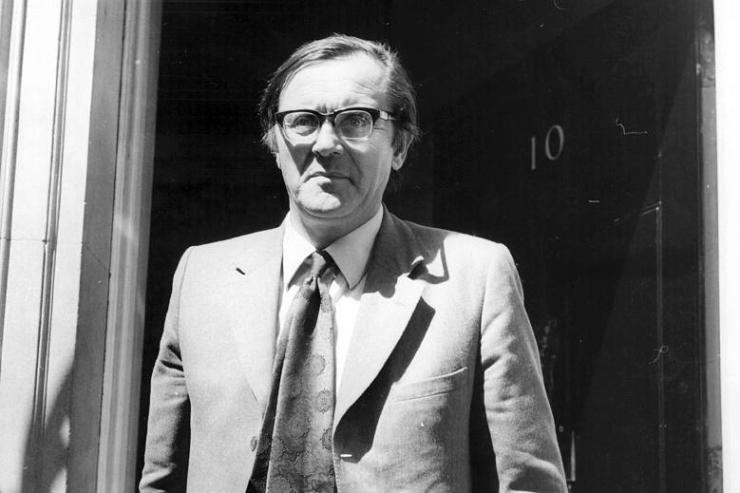 Merlyn Rees was a decent, liberal minded man who failed in Northern Ireland, an office in which no politician could have succeeded, but failed honourably. As home secretary, he was measured and moderate, in difficult times. The police reforms he had set in train were long overdue, and his relationship with Willie Whitelaw would help ensue that the Home Office remained broadly liberal and reforming under his successor.