If there is one thing we all know, then it Is surely this. A nation stood alone on the verge of invasion. These words, listened to on the wireless in every hearth, home, workplace, barrack room in the land, united and inspired a nation.

Except, it’s not true.

In the first place, this speech, like most of Churchill’s finest, was never broadcast. Like ‘Blood, sweat and tears’ it was, in fact, given to the House of Commons. That Churchill’s great speeches electrified and even inspired the House in 1940 is well-attested, if not universally acknowledged. However, Churchill hated broadcasting, and had to be persuaded (often at some length) to do so. This was his first actual wartime broadcast, May 19th, 1940.

Many of what we think of as Churchill’s great broadcasts were, in fact, re-recordings made, for posterity, after the war. One of his most famous, made to the House, was re-recorded a few days later for radio. It’s length might surprise, as might its downbeat tone, as might Churchill’s delivery. (If you want, listen to the start and then jump to around 28 minutes; the controversy over which is the actual version broadcast is addressed in the review of Toye’s book by Kevin Matthews, below). 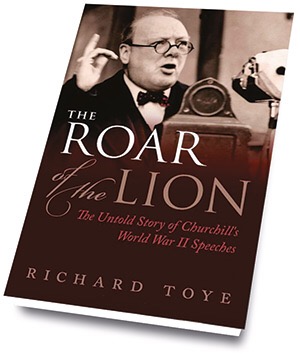 Many thought Churchill was drunk, or tired, possibly because of his habit of delivering broadcasts while working his way through a serious cigar. Toye found that a survey found that about half of the audience found the ‘Be Ye Men of Valour’ speech depressing rather than inspiring. Harold Nicholson thought the broadcast above to be a dismal failure. One, possibly apocryphal, tale has an RAF pilot joking that the reference to never so much having been owed must have referred to their unpaid bar bills.

At his best, his speeches held their power because they told truth: that was why many found the earlier ones depressing. When he tried to gild the lily, reactions could be vitriolic. One reaction to his broadcast after the fall of Singapore was memorable:

“F***ing bastard. get on with it. What a f***ing cover up. Any normal person could see it’s just pulling the wool over their eyes.”

Toye’s point though, is that the Britain that won the war was, whilst not in not in a simplistic sense sense United, was one United with democratic diversity.

“We should not conclude that diversity meant division. Heterogeneity and heterodoxy were not signs of societal weakness.”

Read about Toye’s book here,‘ and a more critical review by Professor Kevin Matthews here, and the author’s response here.

If Toye has a point, then the road to Labour’s win in 1945 might begin to look less surprising.

1 thought on “1945 and All That: Churchill, those Speeches, the War and the People, and ‘The Roar of The Lion’”