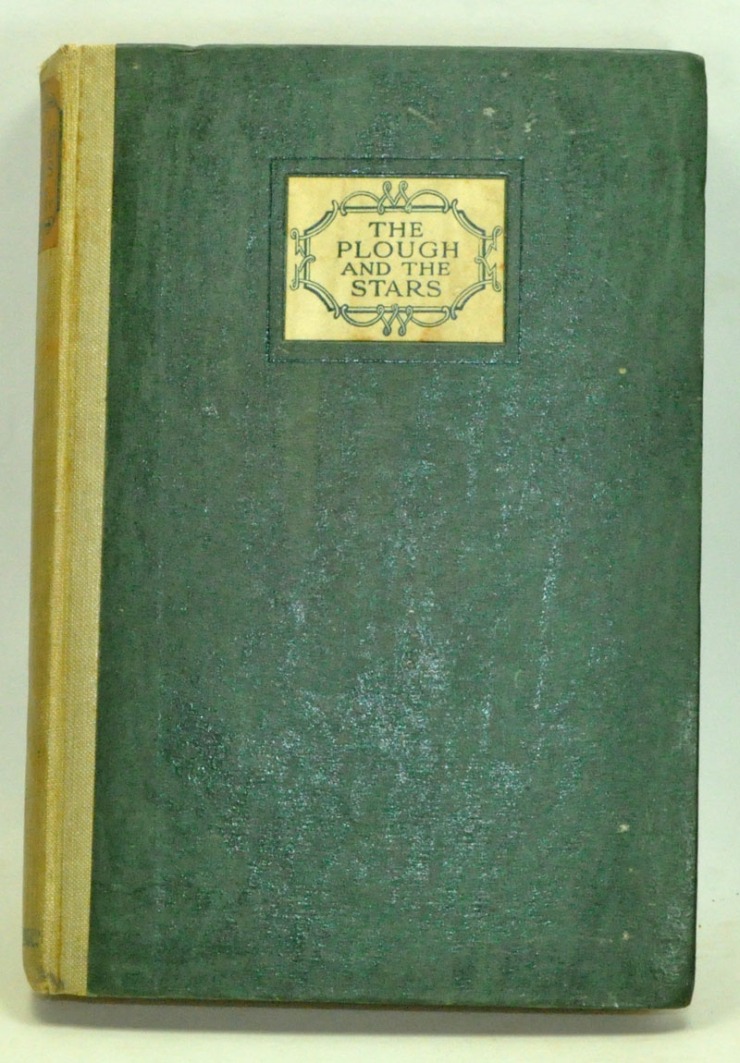 Today sees the 90th anniversary of the premiere of Sean O’Casey’s The Plough and the Stars, in Dublin’s Abbey Theatre. The play itself, the reaction to it, and O’Casey’s life and work all tell of the complexities and ambiguities of Irish identity, Irish politics and art.

Famously, the play itself provoked a riot. It tells the story of how radical socialist politics was first co-opted and then subsumed by Irish nationalism; as such, it is directly critical of the 1916 rising and its leaders. In the play’s second act, the Figure in the Window (Patrick Pearse in all but name) is making a speech, whilst a prostitute and some other denizens of everyday Dublin low life carouse in a bar. Occasionally, the Figure’s high patriotism causes them to pause and be swept along by its sentiment, before they return to their carousing.

It is a play designed to offend, and act two certainly succeeded in that aim. The riot, such as it was, may well have been stage-managed. It seems to have been led by the widow of Frances Sheehy-Skeffington, who by the ‘twenties had almost taken of the mantle of martyr-widow in chief. It seems the riot amounted to some twenty women trying the rush onto the stage. Two succeeded, before being thrown back into the pit, whereupon the curtain was lowered. A young man then tried to pull the curtain down by swinging upon it, until he was felled by one of the actors: panic ensued.

It was then the redoubtable WB Yeats, the Abbey’s founder and leading light, who then took the fight to the play’s critics. Nineteen years before, JM Synge’s Playboy of the Western World had provoked a similar nationalist protest. Yeats made the comparison explicit, attacking the protesters for ‘having ‘disgraced yourselves again’; once more, they had ‘rocked the cradle of genius’. 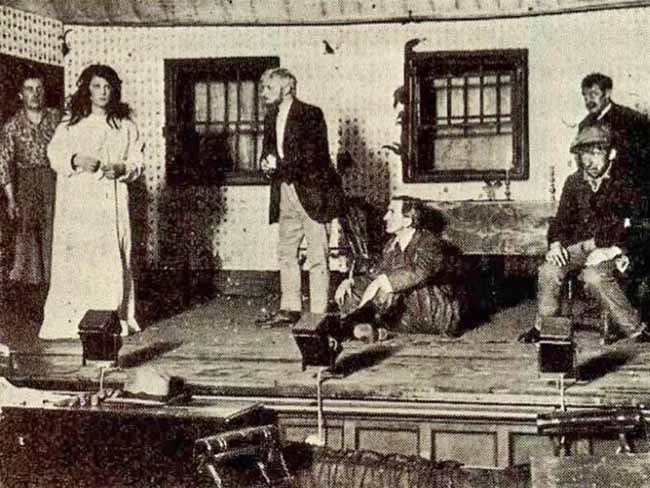 What was it the made The Plough and the Stars so offensive?

The causus belli for the Playboy riots had been its portrayal of Irish womanhood as anything short of a purity and sanctity reminiscent of the Virgin herself, and a mention of women’s undergarments. The Plough and the Stars goes for broke in that aspect: prostitution and drink would do for starters. The advanced Irish nationalism of the likes of Sinn Fein and Pearse had always had a strongly puritanical streak, one often overlaid by an austere Catholicism. That romantic puritanism is brilliantly satirised by Joyce in A Portrait of the Artist as a Young Man, in the story of the half-naked peasant woman told the bemused Davin. In the Ireland of the Free State, that harshly puritanical Catholicism was ever more predominant.

In both cases, the moral outrage was accompanied by political outrage. Synge not only showed an Irish peasantry that were not the stuff of earnest metropolitan nationalism’s dreams, but was also a play that failed to engage in the simple verities of nationalist sentiment. If that was enough to provoke a riot of sorts in 1907, O’Casey was a dead cert to do likewise. In the first place, in the Ireland of 1926, to advance any criticism of the men of 1916 was tantamount to heresy. In part, this was due to the way in which the executions of its leaders soon turned them into martyrs, in a Catholic political culture highly attuned to a nationalist martyrdom Pearse had so eulogised. There was more to it than that, however. Ireland’s independence had been won at the expense of a bitterly divisive civil war; the men of 1916 were pure and unsullied by that fact. Attacking the Rising was tantamount to undermining the foundation stones of a nation.

Just as bad for many was the working class Dublin O’Casey portrayed, about as far from an Ireland of saints and scholars as one could get. One character is Loyalist, cheering on the British soldiers as they gun down rebels; perhaps worse, another is socialist who claims that ‘there’s no such thing as an Irishman or an Englishman’ underneath it all. In truth though, O’Casey’s greatest sin was to be an opponent of the Easter Rising in the first place. It is a great strength of the play that it acknowledges the draw of the Irish nationalism O’Casey so despised. In one of the play’s more chilling moments, the Figure in the Window, as Pearse himself did, rhapsodises blood sacrifice: ‘The old heart of the earth needed to be warmed with the red wine of the battlefields.’ Yet, the play recognises the power of such language, and such ideals.

The Plough and the Stars was the third of what is often seen as a trilogy. The Shadow of a Gunman, first staged in 1923, was set at the time of the war of Independence; Juno and the Paycock in the civil war. It was these plays that would, ironically, lead to his increasing separation from his homeland. 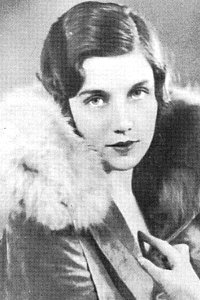 In part that separation was personal. When The Plough and the Stars was shown on the West End in 1926, Eileen Carey (they had met the previous year) played the role of Nora. By 1927, she and O’Casey were married and, after a long honeymoon in Ireland, set up home in London the following year.

No less important was the Abbey’s rejection of O’Casey’s next play, The Silver Tassie. Yeats rejected the play on artistic grounds, believing the Great War was not a fit subject for art. O’Casey made the disagreement public, and did so with no little vitriol. Bridges were being burned artistically too. The Silver Tassie is a difficult play to stage, and London offered financial and artistic resources that Dublin could not: the set for The Silver Tassie was in part designed by the artist Augustus John. O’Casey’s plays were becoming more experimental, too; the audiences of London (and New York) were probably more ready for his increasingly dark and ambitious drama. As was Newcastle: his 1949 play, Cock-a-Doodle Dandy (reputed to be his favourite of his own plays) had its world premiere at the People’s Theatre.

The separation from Ireland was also political. A collection of verse, stories and short plays, Windfalls, was banned in Ireland. O’Casey visited Ireland in 1935 and though he lived another 29 years, he did not return. Like Joyce, though, Ireland never left his work, but the Ireland of de Valera was insular, bigoted and clerical. Politically, and artistically, it was antithetical to all that O’Casey stood for.

By contrast, England embraced him. Like Yeats, O’Casey was published by Macmillan. In his later years, the O’Casey’s became very close with Harold Macmillan, and often stayed with at his home. When O’Casey died in 1964, and Dorothy Macmillan died in 1966, Eileen and Harold maintained their relationship; it was later claimed there was some romantic element to the relationship.

The works that O’Casey is best remembered for now are the three Dublin plays. And Ireland did not stop producing O’Casey, and the Dublin plays are a central part of repertoire (below in 1942). 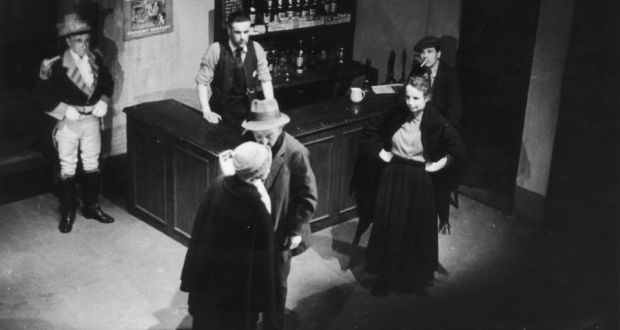 The Plough and the Stars is probably the most important work of drama about 1916, and is one the great Irish plays of the century. Well done to the Abbey for bringing it back this year.