All political careers end in failure, as Enoch Powell had it, but few fail as spectacularly as Sir Anthony Eden, the third in our short-lived Prime Ministers series. To call the story of Anthony Eden’s tenure in Number Ten a tragedy might be over-egging it, but it is tempting. In truth, all the elements are there. The hubris, the deus ex machina, nemesis. More prosaically, he also fits another pattern. Balfour, Neville Chamberlain, Eden and Brown were all long term heirs apparent, all ended unhappily and, arguably, none were really up to the job.

We all know that it was Suez that did for Eden: one year, 279 days. We might also suppose that before Suez, Eden seemed to be riding high.

On the surface, there was much to be riding high about. In some senses, Eden was born to rule. He was that veritable cradle of Conservative politicians, the Northumberland and borders landed classes, son of a baronet, descendant of the great Earl Grey. Then it was Eton and Christchurch (like Home). Just another Tory toff. 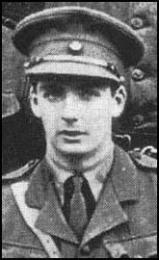 In fact, Eden was much more interesting than that. He was one of four successive Prime Ministers to have served in the First World War: he was still a schoolboy when war broke out. His eldest brother was killed in 1914, another was interned in Germany and his father died before Eden was able, upon leaving school, to enlist. While he was in France, he heard that his youngest brother had been killed at Jutland, aged just 16 (he was a midshipman, and was thus serving legally as 16-year-old). He saw action at Ploegsteert in 1916, and in 1917 was awarded the Military Cross for the rescue of a wounded sergeant. He saw action again in the German Spring Offensive of 1918. He was then promoted to major: aged 20, the youngest in the British army.

By any standards, Eden had a good war. In the way of men of his class and time, he spoke little of it (notably omitting mention of his MC in his memoirs), but there can be no doubt it had a profound and formative effect upon him, just as it did upon Attlee and Macmillan.

He had breeding, but no money. He had to make his own way in the world. At Christchurch, he read oriental languages, Persian and Arabic in particular (and winning a starred first). He also developed a lifelong devotion to art, and began collecting paintings (of which he showed a fine and subtle appreciation).

He had long had an eye on politics, entering parliament in the safe seat of Warwick and Leamington in 1923. Like Home, he was influenced by Noel Skelton, whose phrase ‘property-owning democracy’ he would later adopt. His interests would quickly move into the areas of defence and foreign policy, however; when he was made PPS to Austen Chamberlain, Foreign Secretary, he was already marked as a coming man.

If his ability singled him out, so did his appearance. Eden was probably the most handsome, and certainly the most dapper, politician of his age (arguably of the lot). He is the only Prime Minister since Wellington to have an article of clothing named after him: his trademark hat, the Homburg, became known as an Eden hat. In the age of film, let alone with the advent of television, that did him no harm.

His early ministerial career was formative of much of his core belief system. In 1931, Eden was made a junior minister in the Foreign Office, where his capacity for hard work and grasp of detail impressed; he, however, was very unimpressed by his boss, Sir John Simon. He soon won promotion to Lord Privy Seal (in effect, as a foil to the ineffective but, as the leading National Liberal, invulnerable, Simon and an increasingly frail MacDonald). As such, he became the first western politician to have met all three of the great dictators. Hitler turned on the charm, especially when both men realised that they had faced each other across the River Oise in 1918, but Eden came away suspicious. Stalin gave the impression of intractable tyranny (accurately enough). Tellingly, for what was to come, Eden saw Mussolini as little more than a gangster. Eden was ill at the time of the Stresa meeting with the French and Italians in 1935, and believed that MacDonald and Simon had, in Tom Jones’ words ‘funked it’. Already, the need to stand up to dictators was becoming evident.

By late 1935, Eden was Foreign Secretary: at 38, the youngest of the 20th century. As DR Thorpe avers, from this point Eden was ‘crown prince of the Conservative Party’: a position, Eden was to note later, that was ‘not necessarily enviable’. Eden sometimes felt frustrated at Baldwin’s lack of interest in foreign policy, but he quickly came to miss that freedom of manoeuvre when Chamberlain entered Number 10. Some Prime Minsters leave foreign policy to the Foreign Office, others want to dictate it from Downing Street. Chamberlain, an old man in a hurry, was one of the latter sort, and came to disagree fundamentally with Eden. There were tensions over Halifax’s meeting with Hitler in 1937, but most of all over it was Chamberlain’s policy towards Italy, and his circumvention of Eden that told. Chamberlain was making private contacts with the Italians, notably through Austen Chamberlain’s widow, Dame Ivy, and sending different messages to those Eden wanted. Eden, alongside his junior, Viscount Cranborne, and his PPS JLL Thomas, resigned.

Sometimes resignations kill careers. Resigning did Eden good. It gained him the (not entirely deserved) reputation as an opponent of appeasement, a reputation he would come to hold perhaps too dear. When war came, a weakened Chamberlain had to broaden his cabinet: Eden was back as Dominions Secretary. When Churchill became PM, Eden got the War Office. When Halifax was kicked across the Atlantic in December 1940, Eden returned to the Foreign Office where Churchill really wanted him. As such, he was at the centre of the war cabinet and, along with Attlee, was Churchill’s closest confidant and supporter: Attlee would later remark that they were the only men who were able to restrain him, or offer unpalatable advice. He also grew to respect the big Labour men of that government, Morrison and Bevin. Most of all, he was clearly Churchill’s heir apparent.

Like the last war, it also touched Eden personally. 1945 saw Eden lose his son, in the RAF in Burma, just as he was leaving for Potsdam; he had just lost his mother. By 1946, his increasingly unhappy marriage had collapsed. His wife left for the United States and in 1950 they were divorced. Eden remains the only occupant of Number 10, until now, to have been divorced. It could have blighted his chances of succeeding the great man, but Churchill protected him. He would remarry in 1952, to Churchill’s niece, Clarissa, very happily: the Countess of Avon remains the oldest surviving prime-ministerial spouse. 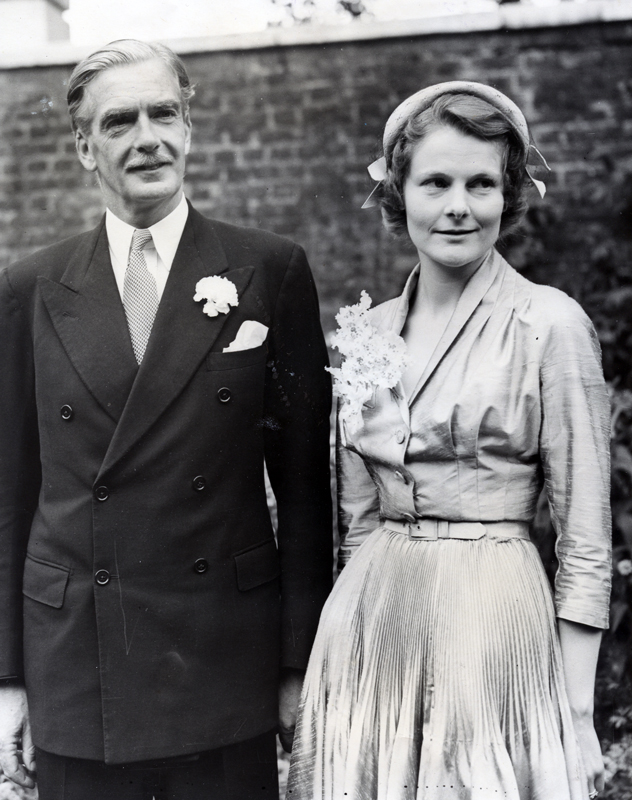 He was the heir apparent, but the incumbent was ever reluctant to leave the stage. Eden had his first serious illness in 1953, not helped by a botched operation. Churchill, who took over the foreign office in Eden’s absence, then had a stroke (and Rab Butler de facto deputised for him). A charitable interpretation is that Churchill waited until Eden was fully recovered before retiring; a less charitable one was that he increasingly doubted Eden’s ability to do the top job and was hanging on hoping for a viable alternative. By 1955, the time had come. With an election looming, Churchill finally relented. The crown prince had his crown.

And he took it to the country. With the help of a pretty cynical giveaway budget, and a bitterly divided opposition, he won a majority of 58. Not only that, the man who had given the first ever televised Conservative political broadcast in the 1951 election was good on the stump and had star quality on TV. He seemed in command of all he surveyed.

Appearances can be deceptive. Eden was, to coin a phrase, bloody difficult to work with. He had always had a temper, and the pressure of being Prime Minister made it worse: his private secretaries were afraid to bring him bad news because of the tantrum they feared would ensue. His health remained an issue. His PPS, Robert Carr, believed that he was ‘never the same man’ after his operation in 1953. By 1956, he was having trouble sleeping, and was heavily medicated. His nerves suffered.

Churchill had had his doubts: he had told Lord Swinton that it had been a mistake to nominate Eden as his successor. Swinton told Churchill that ‘anybody would be better than Anthony’ and, presciently, that Eden he would be ‘the worst Prime Minister since Lord North’ (he’s the one who lost America). Churchill’s doctor believed Eden would not be able to stand the strain.

There were political doubts too. Rab Butler famously told reporters that Eden was ‘the best Prime Minister we’ve got’. He was notoriously thin skinned, especially towards a critical press (one of his fiercest critics was Churchill’s son, Randolph: one cannot help but feel that as Churchill’s heir apparent, and husband to Churchill’s niece, Eden aroused the less than brilliant younger Churchill’s jealousy). The famous phrase, ‘the smack of firm government’, from Eden’s habit of smacking one hand with the back of the other, was used ironically to denote the absence of effective leadership: it was also borne of his notorious irritability. Some doubted Eden’s grasp of anything other than foreign policy. At least, they thought, that was in safe hands. The problem was though, that Eden didn’t want to let go of foreign policy: his first foreign secretary, Macmillan, complained that Eden kept sending him little notes, and ringing up all the time. Macmillan’s successor, Selwyn Lloyd, was once phoned 30 times in one weekend. Eden was on a short and not wholly stable fuse.

The irony is that it was foreign policy, and his refusal to hand it over, that brought him down. To add to that irony, it was the Middle East. No less ironic was the parallel Eden immediately drew: Nasser was an Arab Hitler, or Mussolini. Suez remains one of the prime examples of the dangers of the appeasement analogy, and there is no doubt that Eden drew it. This is not the place to go into the Suez Crisis, except to say it was a foolish scheme to begin with, and that every time Eden was called upon to make a decision, he got it wrong: and that became a very public wrong. That he lied en route may have been good realpolitik, but it was very bad politics once it had all gone wrong. That it was a personal humiliation was bad enough, but the fact that it was national humiliation did the real damage. And at the heart of the issue was judgement.

It also ruined Eden’s fragile health. He went on a rest cure to Ian Fleming’s Jamaican hideaway, Goldeneye (on the way striking up a relationship with a cabin steward by the name of John Prescott). But, to no avail. He was a broken reed, politically as much as anything: backbench Conservatives greeted him in stony silence, Labour made hay, the lies told haunted him. His resignation was inevitable.

His reputation was dust, in the cruel way history has he would be remembered for the one thing, just as Neville Chamberlain was and, one suspects, David Cameron will. He would live another 20 years, but in the words of Henry Brandon, ‘the ghost of Suez was still stalking’ him to the very end. Eden worried about history’s verdict, and rightly so. Peter Hennessy’s account of his time in Downing Street ends by quoting Eden’s old friend Noël Coward: ‘a tragic figure who had been cast in a star part well above his capabilities’.

Cruel, but pretty much on the money.

And here, a documentary on Suez:

3 thoughts on “The Fates of Eden: a Political Tragedy in One Act”