The tenth track of Red Hot Chilli Peppers’ 2006 album By the Way, instructs the listener to ‘throw away your television’:

Take the noose off your ambition
Reinvent your intuition…

According to Anthony Keidis it would seem, Television has taken the place of religion as the opium of the masses, dulling our senses, narrowing our ambitions and causing us to accept the limitations of our situation with docility. TV undoubtedly has a profound effect on us – more than radio and print media, because it already combines those elements with far more graphic representations. Its attraction is visceral and capable of inducing trance-like behaviours and conformity.  But even if it can have a soporific affect, TV has also been capable of inspiring just the kind of rebellion in the USA that the Chillies might appreciate.

During the 1960s the targets of protest were manifold. Fundamental to all was a perceived failure of government. Both the New Deal and the War raised expectations that things might be different in the future and yet oppression persisted – in the forms of race, sex and class discrimination. John F. Kennedy’s ‘Big Society’ platform raised expectations again, as did his successor’s ‘Great society’ message. Encouraged by Supreme Court verdicts, such as Brown versus Topeka, 1954, individuals like Martin Luther King, James Baldwin, Bayard Rustin and Ella Baker inspired boycotts, Sit ins and Freedom rides, whilst their campaigns in Birmingham, Washington and Selma contributed to the achievement of landmark Civil Rights and Voting Rights Acts in 1964 and 1965. These successes encouraged more protest, whilst the failure to deal with underlying prejudice, poverty and police violence led others, like Malcolm X and Stokely Carmichael to demand more radical solutions, to reject non-violence and even the goal of integration itself.  Yet it was not they but the conditions of black life that led to the riots in Detroit and Newark in 1967.  The assassination of Martin Luther King whilst campaigning for city refuse workers in Memphis brought a further wave of violence across America’s towns and cities in 1968.

The social context of youth rebellion was created in part by the very fact that there were so many of them – the ‘babyboomer’ generation – and by the fact that so many went to college and acquired new perspectives,  and not just through education.   The spirit of rebellion was encoded everywhere in the music of the Beatles, the Stones, Bob Dylan, the Who, Jimi Hendrix and many others.  At no time since the 1920s had there been such profound awareness of a generation gap between young and old.  Students in Michigan, led by Jack Weinberg and Mario Savio created the Port Huron Statement against ‘racial injustice, war and the violation of human rights’.  White students returning from the Mississippi Freedom Summer and barred for protesting racial discrimination on their campus set up the Berkeley Free Speech Movement to demand the right to protest about anything they wanted on university grounds.  The very prosperity and consumerism that had helped facilitate the development of youth culture in 1960’s America became itself the target of protest from the Hippy Movement.  During a period when students already questioned their government’s participation in the Cold War, the spending on arms and its depiction of communism, Vietnam offered a particular motivation to protest. The government’s role in propping up a corrupt dictatorship in South Vietnam, its use of chemical weapons and indiscriminate bombing campaigns brought it into disrepute.  If all that wasn’t enough, the draft affected the young and disproportionately affected black and poor youth just at a moment when consciousness of race and class issues were at their highest.

Women had won the right to vote in 1919 but still found themselves at an economic, educational and professional disadvantage to men. JFK created the President’s Commission on the Status of Women in 1961, and Betty Friedan led the National Organization for Women (NO 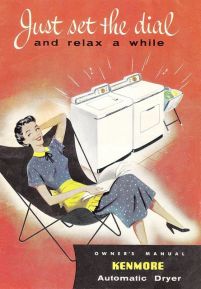 W) on women’s rights, including demands for an Equal Rights amendment – thwarted in part by the reactionary work of Phylis Schlafly. Friedan challenged the age old myth perpetuated in countless commercials in newspaper, radio and TV, that a woman’s happiness was to be found in the marital home.   The Women’s Liberation Movement protested against the 1968 Miss America contest by crowning a sheep and throwing beauty products into a bin to rubbish the manufactured ideals of beauty they represented.

Television was therefore by no means the only factor in causing protest – but it was the single most important factor in communicating the issues and the protests against them. Between 1950 and 1965, Television ownership grew from 9% to 95%, and coincided with the explosion of protest movements across America. It brought both grievances and the tactics of protestors to public attention like nothing before it.  Non-violent tactics had been adopted by the Congress of Racial Equality (CORE) as early as 1945, for example, but it was only in the context of the mass media revolution of the 1960s that such tactics were adopted on a mass scale. TV helped globalise what might have remained merely local issues.  The year long Montgomery Bus Boycott might never have been sustained had it not attracted global attention and turned Martin Luther King into a TV star.  Through the medium of TV audiences in the north witnessed the violent reaction to the 1954 Brown verdict, the Little Rock High School incident of 1957 and Bull Connor’s use of water cannon and dogs on child protesters during the Birmingham Children’s Crusade of 1963.  White audiences across America watched the events unfold and were inspired to participate in Sit-ins and Freedom Rides and to watch King deliver his ‘I have a dream’ speech at the Lincoln memorial in August 1963.

Such protests grew exponentially in part because the tactics were so easily replicated and required no central co-ordination, but TV provided the most readily-available means of communicating protest and seeing those tactics in action. Television coverage of Vietnam was unprecedented and its like has not been seen since.  It brought the horror of war into American living rooms on a daily basis. The guerrilla tactics of the Vietcong were effective in part because they wore down the morale of American combat troops, but also that of TV audiences at home in America.

Protest was therefore the result of myriad influences and motivations – some of them political, others economic and social.  But TV drew protests together and put them into 95% of American households by 1965. It spread ideas across the population with an immediacy unmatched by print or radio.  It depicted both the substantive issues that inspired protest in the first place and the tactics that protesters employed to challenge them. Protest was relatively successful in the 1960s in helping bring about the Civil Rights Acts of 1964 and 1968 and the Voting Rights Act of 1965, and those successes undoubtedly encouraged more protest. But the very success of the tactics used depended upon the oxygen of publicity that television was most capable of providing.