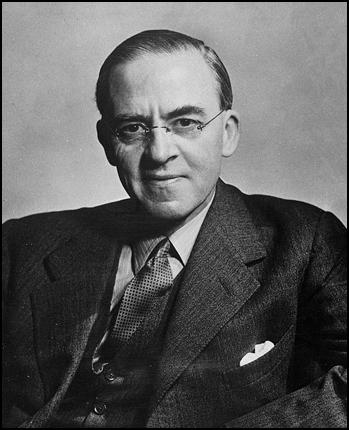 Stafford Cripps was the son of Charles Cripps, who had been a Conservative MP, but had been given a peerage by Asquith. Charles Cripps was very uneasy about Britain’s participation in the war, and became a great supporter of the League of Nations. As Baron Parmoor, he served as lord president of the council in both MacDonald governments (and leader of the House of Lords in the second). Cripps inherited his father’s devout Anglicanism and, with it, a more radical version of his Christian Socialism.

Like his father, Cripps went to Winchester and then New College, Oxford (where he won a scholarship). He went into law, and became the youngest king’s counsel. In the First World War, he managed an armaments factory. Coming to the notice of Herbert Morrison, he was appointed solicitor-general by MacDonald and parachuted into a safe seat. He turned down MacDonald’s offer of a place in the National Government, and was lucky enough to be one of just three ministers to survive the 1931 landslide: he was pretty much number three in the party behind Lansbury and Attlee. He then moved sharply to the left, so much so that by 1939 he had been expelled from the party for his support of the idea of a wide-ranging popular front to bring down Chamberlain’s government.

When war was declared, and even when Churchill became prime minister, Cripps was still out in the cold, largely because of his lack of standing in his own party. Even when he became ambassador to Moscow, it was largely thanks to Halifax and Rab Butler. His relationship with Churchill and the government was often difficult. He was on the brink of being recalled when Hitler’s invasion came; he was then a key figure in Eden’s December 1942 visit. In essence, he and Churchill agreed: an alliance with Russia was essential. He had pressed for a return to London; when recalled, he was hailed as the man who had brought Russia into the war. This was just as, in the face of a series of disastrous setbacks, Churchill’s position was not at its strongest. Thus, any thoughts Churchill might have had of ditching an awkward customer were shelved: Cripps was lord privy seal and leader of the House, and a member of the war cabinet. He used that position, with American backing, to force a major concession out of Churchill: the promise of Indian self-government. In India, Cripps came close to getting the agreement of both Jinnah and Nehru, only to be undermined by the viceroy, Lord Lithinglow. When the deal collapsed, and Gandhi once more led Congress down the Quit India path, the Americans accepted Britain’s good faith and took pressure off Churchill. Thus, Cripps mission failed, but helped Churchill politically. 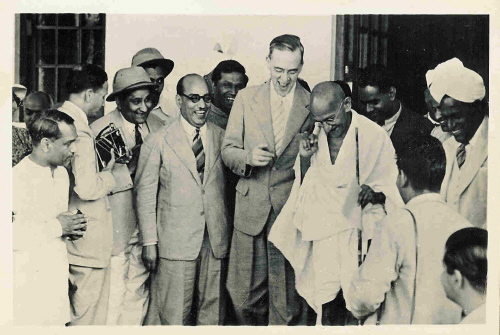 Churchill was hardly grateful. His position was now stronger, after El Alamein, and Cripps was eased out of the war cabinet and into the ministry of aircraft production. In 1945, Attlee gave Cripps the Board of Trade, although his primary focus in 1946 remained India. Cripps came close to brokering a deal between the Muslim League and Congress, but the fractious political relationship between the two soon saw Jinnah reassert his demands for a separate Pakistan. Cripps now concluded the matter was in the hands of Indian politicians on all sides and had to be left there. It was Cripps who nudged Attlee towards the key decisions: announcing the June 1948 deadline for British withdrawal, the replacement of the obdurate viceroy Lord Wavell with Mountbatten, and the decision (often supposed to be Mountbatten’s) to hasten withdrawal in 1947. It is possible to believe that this hastened the awful violence and ethnic cleansing brought about by partition. For Cripps, any further delay would just have made matters worse.

By 1947, his attention had returned to domestic affairs. In response to the fuel crisis in the winter and the convertibility crisis that followed, Cripps plotted to replace Attlee with Bevin. The plot failed, thanks to Bevin’s loyalty to Attlee, bringing forth Bevin’s famous retort: ‘Who do you think I am, Lloyd George?’ As politics works, Attlee recognised reality and promoted rather than sacked him, first to the new post of minister of economic affairs and then, when Dalton went six weeks later, to chancellor as well.

Cripps had been a great enthusiast for planning, but his experience the Board of Trade had convinced him that legally binding controls were unworkable; he also came to emphasise the primacy of personal freedom. He had inherited a Dalton budget that edged the government towards Keynesianism. In the absence of state led central planning, adopting the Keynesian policy of managing aggregate demand made sense. His officials admired him: they liked his courtesy, his willingness to listen but, most of all, his incisive intellect. Those qualities were evident in Cripps’ handling of the aftermath of the convertibility crisis.

Cripps 1948 budget was, arguably, the first fully Keynesian budget in British history. Keynesian economics that would dominate economic policy until the 1970s. At the Board of Trade, Cripps had also become convinced that the government should be giving priority to exports, and industrial investment. By implication, consumer led growth was down that pecking order: Austerity was born. In the end it would work, by 1950 Britain no longer took Marshall Plan money and one-in-four of the world’s manufactured exports were British.

It came at a political cost, however, both to Labour and to Cripps. In 1949, the government were forced to devalue sterling. In made economic sense, and did as much as anything else to promote that recovery in exports alluded to above. However, following on from the crisis of 1947, it did Labour political damage, bringing into question the government’s economic competence. The Labour governments of Wilson and Callaghan were to suffer similar political damage from later devaluations.

No less damaging was austerity. In 1948, Cripps got the trade unions agreement to a two-year wage freeze. Austerity became a byword. The 1950 general election is hard one to read (see the article on it here), but Labour lost substantial ground (and with it their great 1945 majority) in the parts of Britain that had prospered most in the ‘thirties and now seemed to bristle most under austerity. Labour had undoubtedly recognised this. In 1949, Harold Wilson, at the Board of Trade, promulgated his famous ‘bonfire of controls’. Perhaps, by then though, the political damage had been done. Even if a consistent Conservative lead in the opinion polls was turned around in the 1950 general election, it was not enough. Labour’s biggest ever popular vote, in 1951, failed to deliver enough seats in the right places. Austerity had hurt them.

It had hurt Cripps too. In part, this was a matter of image and what we would now call spin. Cripps talked openly of the need for austerity. Nor did his appearance and manner help. He was a vegetarian (in response to stomach problems) and teetotal (in reaction to the hard drinking culture he found in the Commons and on the Labour backbenches in particular). The nickname Sir Austere Cripps stuck. Devaluation always damages chancellors: Callaghan felt compelled to go in 1967, Major sacked Lamont a while after Black Wednesday. Cripps had opposed devaluation, but was recuperating from illness in Switzerland at the time. Attlee took the actual decision at the behest of three rising stars: Harold Wilson, Hugh Gaitskell and Douglas Jay. It was Cripps who suffered for it politically, and the Conservatives made hay. His position in the government was weakened too: after the 1950 election, Gaitskell was Cripp’s deputy-come-minder.

In the end, that mattered little as Cripps fell ill in the October and would die two years later, his political star much fallen. In fact, Cripps finest hour was at the Treasury, and he was one of the most important 20th century chancellors. Like many of the best, Cripps was no economist, and policy was overseen and applied by him, if created by his officials. However, it was broadly successful. Attlee’s government had successfully managed post-war reconstruction, introduced the most comprehensive social reforms in British history, made the tax system redistributive, nationalised the commanding heights of industry and maintained Britain’s world role in straightened circumstances. That it did so with full employment, low inflation, cheap money and the recovery of British exports gives the lie to the notion that those achievements came at the price of economic failure. Much of that was thanks to Cripps at the Treasury. In part, that was due to his willingness to acknowledge reality.  He saw that planning wasn’t working. Arguably, he resisted devaluation for far too long, though he would hardly be the only 20th century chancellor to do so; in the end, even if very reluctantly, he accepted the fact that sterling was overvalued. Politically, he might have managed the process better, for sure; once again, it might be argued no chancellor has managed to survive a sterling crisis (with the exception, perhaps, of Denis Healey).  As the first fully Keynesian chancellor, for good or ill, Cripps deserves to be remembered as one of the founding fathers of the post-war consensus. Ernie Bevin once quipped that Gladstone remained at the Treasury until 1930. As well as being the first Keynesian chancellor, Cripps sought wage restraint, to keep the lid on inflation, restrain public spending and modernise British industry. At the same time, he faced an overvalued sterling, balance of payments problems and the impact of the Cold War upon both the pound and the public purse. Perhaps, as with Gladstone, we might say that Cripps was at the Treasury until 1976.

You can watch Cripps talk about India in 1942, here:

And here is a characteristic 1947 Christmas message:

And Cripps on devaluation: