Conservative, under Churchill and Eden

Richard Austen Butler came from a family of academics, including Cambridge dons, two headmasters of Harrow and one of Haileybury. Like Gaitskell, his father was in the Indian Civil Service: Butler was born in the Punjab. He rejected Harrow, failed to get an Eton scholarship and ended up going to Marlborough. He then won a scholarship to Pembroke College, Cambridge, where he secured firsts in Medieval and Modern Languages, and in History; he was both secretary and president of the union. He married into the Courtauld family, which gave him financial independence, and won the safe seat of Saffron Walden, in 1929.

When the National Government was formed in 1931, Butler became PPS to Sir Samuel Hoare and then under-secretary at the India Office. When Chamberlain became prime minister he went as a junior minister, first to the Ministry of Labour and then to the Foreign Office. With Halifax in the Lords, it fell to Butler to defend appeasement in the Commons. He remained committed to appeasement and to Chamberlain: for the rest of his life he would defend appeasement as the only policy that had been viable in 1938. In fact, he remained committed to it even after Chamberlain had abandoned it in 1939. 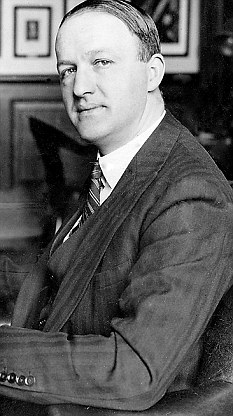 In 1940, probably because Halifax remained, Churchill kept him on. When Eden replaced Halifax, Butler found the Foreign Office less conducive. He might well have lost his job when he carelessly intimated to a Swedish diplomat that Britain would be amenable to a negotiated peace. It was not the last time careless talk did him some damage. Churchill, rather than sack him, sent him to the Board of Education in 1941; he also led the party’s central committee on post-war reconstruction. Education was simultaneously a backwater and a dangerous one: Churchill wanted the issue left untouched. Butler thought differently. He managed to win over Churchill, and his backbenchers, and with the help of his Labour junior, James Chuter Ede, assuaged the fears of the different churches to push through the 1944 Education Act. The Butler Act was one of the most important reforms of the 20th century, and a great political and legislative achievement. Having been minister of labour in the caretaker government, after the 1945 landslide, he led the reorientation of Conservative policy, being the guiding hand behind the Industrial Charter and leading the Conservative Research Department. As such, he was one of the architects of the party’s recovery in 1950, and its victory in 1951.

As chancellor, he is now remembered as the other half of Butskellism: he nearly wasn’t. Butler hadn’t expected to be ensconced in number 11: he was certainly no economist. Churchill consoled him by telling him that he would have the ‘best economist since Jesus Christ’ to help him, in the form of Sir Arthur Salter, as minister for economic affairs. Churchill also leant upon Lord Cherwell and the Oxford economist, Donald MacDougall, for advice. He faced an immediate balance of payments crisis, as Gaitskell would have done. he used government controls to cut imports and then raised interest rates; when that failed to do the job, he cut imports even further.

In the face of the short-term crisis, his mandarins showered him with dire warnings of ‘another 1931’: the push for rearmament had created a balance of payments emergency. The Treasury wanted something more radical then import controls: ROBOT. The idea was to abandon the system of near-fixed exchange rates agreed at Bretton Woods and float Sterling, which would have abandoned Bustkellism before it was born. In truth, ROBOT was as much a Treasury attempt to roughhouse a new Chancellor into deflation as it was anything else. Realistically, a government with a slim majority and still haunted by the ghosts of the Hungry ‘Thirties were never likely to be so radical. ROBOT was still-born.

Not for the first time, the Treasury’s dire forecasts about sterling proved well wide of the mark. In his next budget, Butler raised interest rates and cut import quotas further: sterling recovered. Having lost the battle, Butler became the quintessential Stop-Go chancellor, and funded social programmes (like Macmillan’s 300,000 houses) too.

Politically, he was central to the working of government: when Churchill had his stroke and Eden was ill, Butler was, in effect, stand-in prime minister, a job he did very well. He was one of the minsters that, in  1954, demanded that Churchill name the date of his retirement. At this time, Butler’s wife died after a long illness. It may have affected his judgement, or it simply have been that Butler was determined to help ensure a Conservative victory in 1955, when Eden became PM and went to the country. Eden, riding on the back of an economic boom and a political honeymoon, was always likely to win, but opinion polls had it pretty close. Butler gave him an electioneering budget just to make sure, giving out tax cuts to the tune of £150m.

It was good, if cynical politics; it was irresponsible economics. By the end of 1955, a balance of payments crisis forced him to deflate the economy and reverse almost all the tax cuts. The political damage was immense, and with that lost credibility probably went any chance of the leadership after Suez (see the article on Butler as home secretary, here).  An ungrateful Eden demoted him to lord privy seal and leader of the House; his archrival Macmillan replaced him at the Treasury.

He would go on to the Home Office and Foreign Office, thus being one of three men in the 20th century to hold all three of the great offices of state other than prime minister (one, Sir John Simon, like Butler, never got the top job; the other, Jim Callaghan, did). He was thus one of ten chancellors since 1906 to be home secretary as well, and one of nine to be foreign secretary. For many, he remains the great lost Tory leader. However, Butler can be criticised for timidity over ROBOT: even a sympathetic biographer, Michael Jago, notes his indecisiveness. He can also be condemned for fiscal recklessness and cynicism in 1955. However, Jago looks at his time at the Treasury more sympathetically. For Edmund Dell, he  was simply a poor chancellor. Perhaps, like all the post-war governments, the ghosts of the ‘thirties hung too heavy, and there was little will to impose more the austerity that the people had endured in the war and beyond. Nor can we discount political and electoral calculation. Austerity had damaged Labour, and Butler was in a government which spent much of its years in office either level-pegging or behind in the polls (though it lost no by-elections in that parliament). For Keynesian chancellors, especially Conservative ones, Stop-Go would prove just that bit too politically tempting come an election year. Ease and prosperity was politically far less challenging than the fundamental reform some believed the British economy needed. If that is the case, though, the blame is spread far more widely than Butler alone. Given the political realities, the memories of the Devil’s Decade, the privations of war, and austerity, perhaps both Butler’s caution and pre-election cynicism become more understandable. Until Denis Healey, no other post-war chancellor would manage four years in office: perhaps Butler wasn’t so bad.

Here is Butler speaking at the 1955 Conservative Party conference.