So, what went wrong?

ONE – Prime ministers have sell-by dates

You can read about Macmillan as PM here

‘No friends at the top’; ‘A little local difficulty’; the black dog, Mac the knife

THREE – Labour were often in a stronger position than we remember 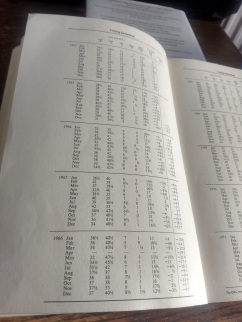 Europe was to be our deus ex machina. It was to create a new contemporary political argument with insular socialism, dish the Liberals by stealing their clothes; give us something new after12-13 years; act as the catalyst of modernisation; give us a new place in the international sun. It was Macmillan’s ace, and de Gaulle trumped it. The Conservatives never really recovered.

You can read about Macmillan and Europe here

You can read about the 1964 general election here

The story of the Night of the Long Knives is told brilliantly here. WATCH

2 thoughts on “Tillerscast 12: Macmillan’s Tories – Where did it all go Wrong?”